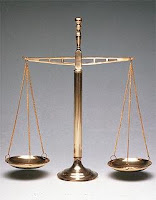 The Spanish government approved last Friday a Royal decree-law set out to curb pharmaceutical spending by 1.500 million euro per year, which represents about 10 per cent of the total pharmaceutical market.

As a consequence of its application, the new measures that will be put in place will endanger the viability of many pharmacies across Spain due to the strong impact that will have on their profitability. This undoubtedly will bring an important loss of jobs in a traditionally stable sector.

The new bill modifies the method to calculate the reference prices. For each homogeneous set of drugs the price will be that of the cheapest drug instead of the average of the three cheapest as far. Moreover the prices of generic drugs will be reduced by 25 per cent on average. The government introduced the generic reference pricing system in Spain more than a decade ago as a cost containment tool.

On the other hand rebates applied by pharmaceutical companies to pharmacies will be capped to 10 per cent for generic drugs and 5 per cent for branded products.

As generics sector is suffering the most cuts their representatives has expressed special concerns over its future which could bring the closing of companies and a deeper consolidation of the sector.
at 5:34 AM